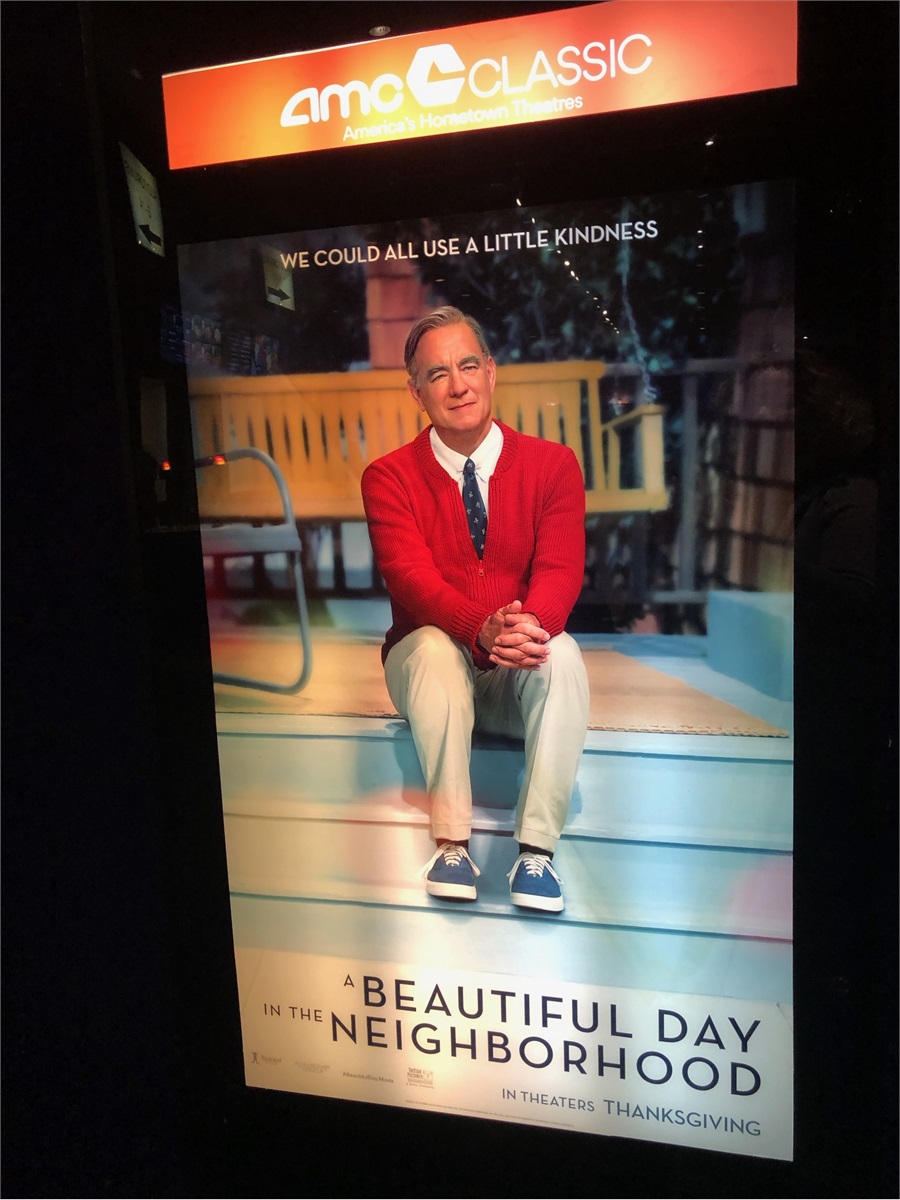 Movie Review - "A Beautiful Day In The Neighborhood"

On Friday, November 22nd, I went to see the "Mr. Roger's" movie "A Beautiful Day In The Neighborhood."  I'd seen a couple of previews and it looked interesting -- that with the memories of watching the original series in the 70's -- I wasn't sure exactly what to expect.

The opening scene flooded my mind with memories of days gone by.  I knew every word and eagerly anticipated the next.  Honestly, it was similar to seeing a long-lost, cherished friend and the joy you thought was lost.

My favorite parts of the show growing up was when Trolley took us from Mr. Roger's home to the "Neighborhood of Make-Believe." To this day, I cannot pinpoint what exactly I enjoyed most about it -- maybe it was the puppets and their many different personalities.  All the same, at a young age, I always looked forward to that portion of the show.

It was a beautiful day in the neighborhood...

Overall, this is one of those films that every person needs to stop and go see.  Watching it one time allows you to see just beneath the surface of who Fred Rogers was and how incredibly impactful he was.  He saw the needs of so many hurting children - children that would become adults - and found a format to reach them on a personal level.

I wouldn't mind watching the movie again, in addition to reading the article by Tom Junod plus a biography of Fred Rogers.

Fred Rogers....an amazing man with an amazing legacy in his neighborhood.