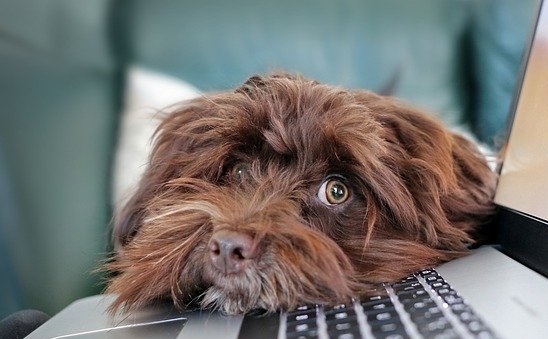 Kennel Cough Is On The Rise -- Is Your Dog Safe?

Our dog attends doggie daycare one day a week, on a regular basis.

Recently, after a doggie daycare visit to one kennel and a weekend boarding at another, our dog showed signs of unusual behavior.  We monitored her behavior:  possibly drinking water too fast and gagging, and that slight coughing sound she made when excited and running to greet her person.  We videoed her unusual behavior -- and as soon as possible took her to our vet to get checked out.  We thought bronchitis; we were wrong.

“Has she been boarded recently?”

The consultation had begun.

Our vet looked us straight in the eye and said:  “She has kennel cough.”

Both kennels require the kennel cough vaccine (Bordetella) and Flu vaccine every six months – and they require written proof from our vet.  She had her Bordetella vaccine 2/22/2021.  How in the world did she get kennel cough?

Our vet explained the Bordetella vaccine does not guarantee a dog will never acquire Kennel Cough, but if they do, they may experience milder symptoms than those dogs unvaccinated.  Similar to a person who gets the flu shot – having the shot does not guarantee they will never get the flu, but they may experience less extreme reactions than those who do not receive the shot.  Same with dogs and vaccines.

While this diagnosis is never pleasant, at least dogs who do not have a weak immune system or lung issues usually show normal behavior within a few weeks.  However, if your dog does have respiratory issues, it is best to contact your vet as soon as possible to avoid the disease transitioning into pneumonia.

The Day of Dread

As responsible pet parents, we took the next step and reached out to the kennels she had recently attended.  The boarding facility was our first call, followed by the doggie daycare facility:  the dreaded kennel cough had arrived and it was rampantly making itself known.

What Is Kennel Cough? 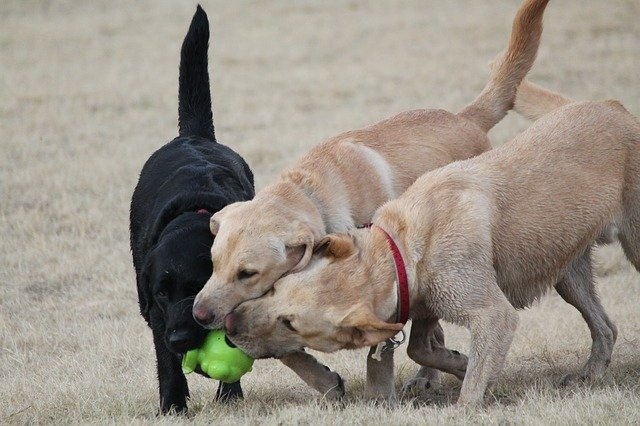 Dogs can acquire this disease sharing toys, touching noses, sharing water or food bowls, and even airborne through barking.

When a dog is exposed to kennel cough, there is a gestational period of 3 to 10 days, where your dog may not show any symptoms or may be asymptomatic.  It is known to occur during the warmer months, but can occur at anytime.

As pet parents, we know when our dog is not experiencing normal behavior.  She was gagging after drinking water, and had a mild, dry cough which lasted only a moment or two when exerting herself.

Other symptoms to be aware of include:

Our dog was not allowed to attend doggie daycare, boarding, nor go anywhere where there were other dogs present.

For two weeks, we followed our vet’s instructions and gave her the steroids and antibiotics twice a day.  After a week, she showed signs of improvement – no more coughing.

Last week we took her back to the vet’s office, as she was due for her regularly scheduled flu and Bordetella vaccines.  My husband called our vet from the car once he arrived, just in case she was not clear of the disease.  The vet came out and asked about how she was and if she showed any more symptoms.  Once we got the official “ok,” did we bring her into the office.  (We were relieved to find out no other kennel cough had been contracted by the other dogs at the vet’s office before we knew the official diagnosis!) 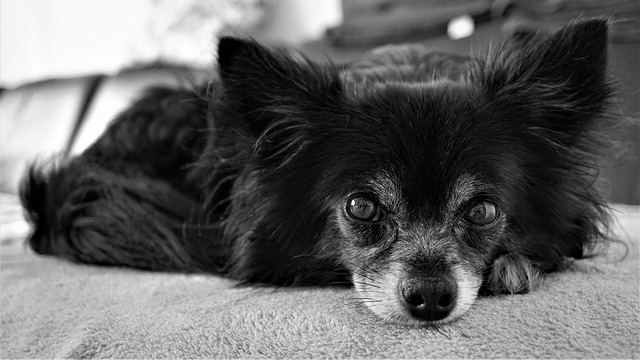 The best way for a boarding or doggie daycare to clean up after an outbreak of Kennel Cough is to close down and clear out the kennels for one to two weeks and wipe down every hard surface with bleach or other disinfectants.  Plus disinfect food and water bowls, crates, bedding, and clothing of the contaminated dog(s).

While we did figure out which kennel facility was the cause of our dog’s Kennel Cough, it would have been nice if the facility had a procedure in place and reached out to us to share that Kennel Cough was in the area--thus giving us the option to determine if we wanted her to be in their facility or not.

Before this experience, we were not educated in Kennel Cough, what to look for, what to do, what not to do.  We now know more about it than we ever wanted to.

Thankfully we had Pet Insurance through Nationwide, where Kennel Cough is a covered illness.  Filing the claim was so easy – we attached the paid invoice to the completed online claim form and sent them electronically to Nationwide; our reimbursement should arrive any day now.

Take this advice/experience from a pet parent who had no clue their dog had been exposed to kennel cough (and had no symptoms prior to boarding) – become familiar with the symptoms, and contact your vet immediately if your dog is showing any of those symptoms.